Mizuno Long Beach Volleyball Club was founded in 1995  by Joy Mckienzie-Fuerbringer. Joy grew up in Colorado and moved to Long Beach in the 90s to attend Long Beach State.  After leading her team to the school's second National Championship, the All-American setter, took her talents to the sideline and started Club Long Beach. Along with her staff of elite and dedicated coaches, Mizuno Long Beach has grown to one of the longest standing and top girls' volleyball clubs in the nation.

Our mission is to train and develop young athletes to play at the collegiate level. Hundreds of Mizuno alumni have received scholarships to play in college. Many have gone on to play at the professional level and Olympic levels.

Mizuno Long Beach Volleyball Club believes in training both the body and mind, giving our athletes a competitive edge on and off the court. 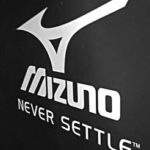