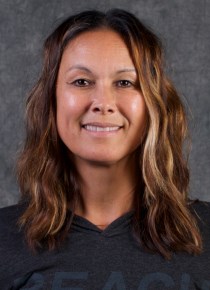 Director
Joy is a former All-American and NCAA Champion at Long Beach State. Joy played indoor professionally in Spain and Holland. She also played 3 years on the Bud Light 4-Man Professional Beach Tour. Joy won two State titles while Assistant Coaching at Goldenwest College and a Final Four Appearance as Assistant Coach at Long Beach State. 2011 NCAA National Championship at UCLA, also as Assistant Coach. Owner and Director of Mizuno. Husband Matt runs boys club Team Rockstar VBC and recently ended his time as the Assistant Coach of the USA Men's National Team. Joy was recently named Head Coach of the Long Beach State Women's Volleyball program and is proud to be returning to her alma mater. The Fuerbringers have two kids, Charlie (14) and Mateo (11), both whom play for the club. Charlie’s club team has won the gold medal at GJNC the past 2 years and Mateo’s 12u team finished top 15 at BJNC 2019.

14 Rockstar M
Mike begins his 4th season with Mizuno Long Beach. Mike is currently the Head Beach Coach at Long Beach State University. Mike brings us 9 years experience coaching at the club level and 6 years at the collegiate level. Mike attended UCLA and played on UCLA Men's Team and Club Team. Mike graduated from UCLA in 2011 with a degree in Molecular Cell Development Biology. Mike trains all positions with an emphasis on blocking, passing and defense. His 14 Rockstar team won gold medal in USA division in 2017. 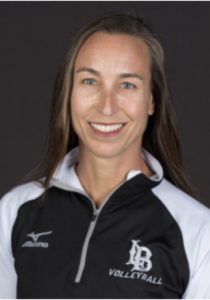 16 Rockstar T / 12 Mizuno T
Tiffany returns for her 7th season with Mizuno. She had a collegiate career at UC Boulder and the University of Arizona, and has played professionally on the AVP pro beach tour. Tiffany has over 15 years of club coaching experience in both boys' and girls' juniors. Her 2010 12s and 13s teams finished 5th at Junior Nationals and her 2012 12s team finished top 5. Her 2018 12s team won the PNQ and GJNC. Tiffany was named Mizuno Long Beach Coach of the Year for the 2018-19 season.

15 Rockstar C / 13 Mizuno C
Carlos graduated from Fountain Valley High School in 1985, earned a Scholarship to the University of Hawaii at Manoa. In 1990 he graduated from the University of Hawaii with a BA in Communications. He also achieved All-American honors in volleyball his sophomore, junior, and senior years. In 1991 he joined the National Team and earned a spot on the 1992 Olympic Team that eventually won a Bronze Medal at the Olympic Games in Barcelona, Spain. In 1993 he left the National Team and began playing on the beach. Carlos captained Team OP on the Bud-Light Four Man Tour and concomitantly played doubles on the FIVB Tour. While on the FIVB Tour he won the Silver Medal at the Goodwill Games in St. Petersburg, Russia and a Silver Medal at the World Championships in Rio de Janiero, Brazil. In 2002 Carlos earned a Masters of Science in Physical Education and in 2004 he successfully completed his Administrative Masters of Education from Azusa Pacific University. Carlos has been teaching Physical Education in the Long Beach Unified School District for the past 23 years and is currently in his 10th season as the Head Coach at Long Beach Wilson High School. He has been coaching at Mizuno Long Beach VBC for 15 years. He is married to Stephanie Briceno and has two daughters Justyn and Jianna.

15 Rockstar C / 14 Rockstar L
Libby is in her 4th season with Mizuno Long Beach. Libby is a former Long Beach State standout (beach and indoor) and is also is part of the current coaching staff for the Long Beach State Women’s Volleyball team and Team Rockstar Volleyball Club. Libby has 10 years of coaching experience for both the club and college levels. Libby attended Santiago High School in Corona, Calif., and played club for Goldenwest Volleyball. 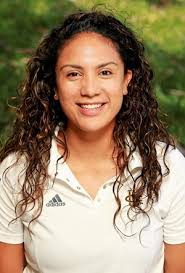 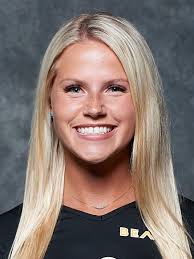 14 Rockstar M
Emma begins her 2nd season with Mizuno Long Beach/Team Rockstar. Emma committed to the University of Utah Sophomore year of high school playing both pin positions. She competed for two years at the PAC 12 level for Utah, reaching the NCAA Tournament twice. Emma transferred to Long Beach State for her final two years where she led the conference in blocks playing both pin positions and middle blocker. Finishing up her indoor career, she collects several all-conference awards. She played one year of beach under Mike Campbell. Emma graduated in 2019 with a degree in Communications on the Dean's Honor Roll List. 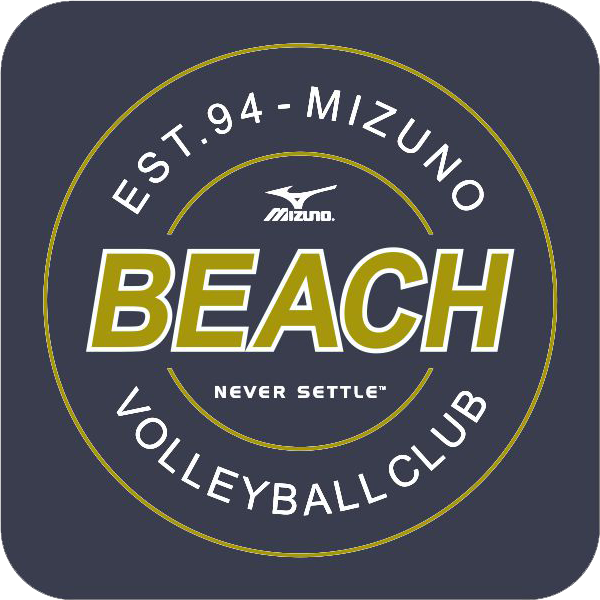 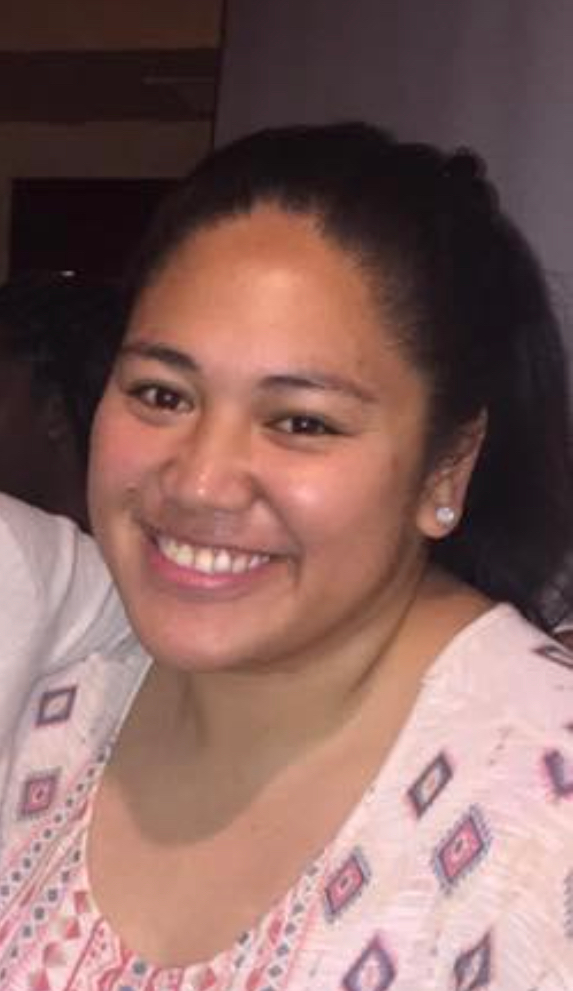 13 Mizuno C
Naomi enters her 7th season with Mizuno Long Beach. She has also coached at Ambassador and North Torrance High school. Naomi played here at Mizuno and then earned a scholarship to play at Hope International. She comes from a family of volleyball players who have gone through and are going through the program. Naomi is currently a teacher in the South Bay Area. 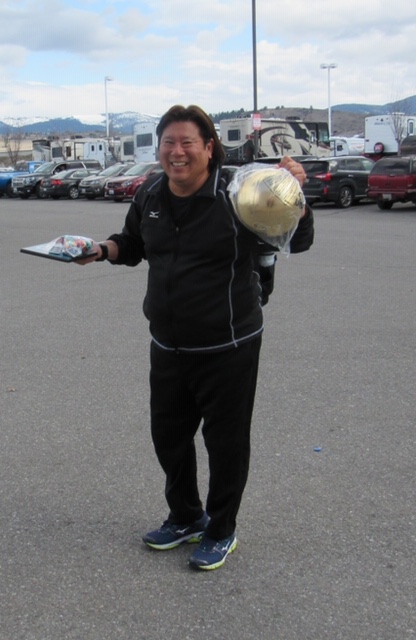 15 Rockstar L / 13 Rockstar L / UNIFORMS
Lance is one of the founding coaches at Mizuno and is a top SoCal trainer and private coach. He has been coaching volleyball for over 25 years. He has coached high school, top level club teams, top college volleyball camps and been a head trainer for Mizuno for 16 years. Lance is the head coach at St. Joseph's High School and is a graduate from Cal State Fullerton with a degree in Communications and Advertising. His 13s team won GOLD at the 2019 GJNC. 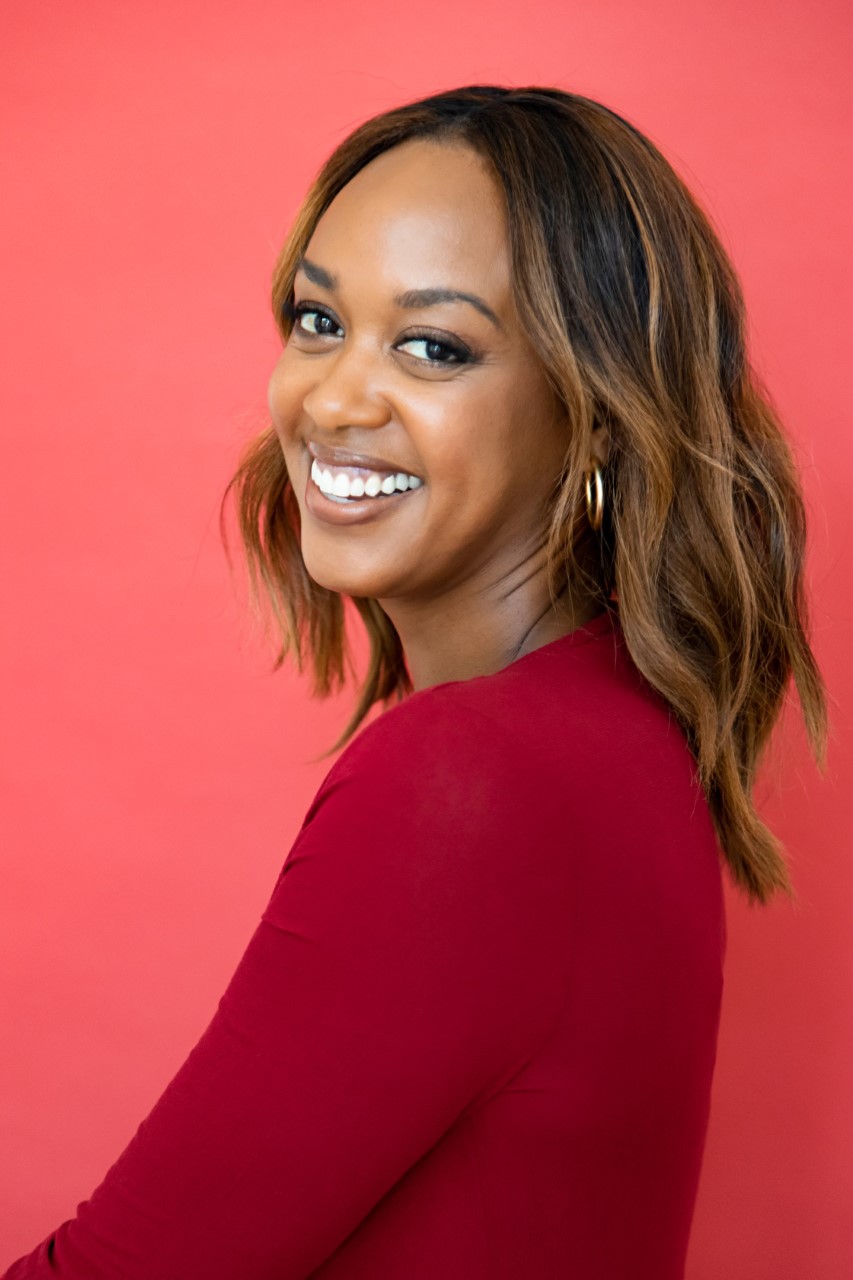 17 Rockstar M
Alexis has been coaching at Mizuno Long Beach Volleyball Club for over 12 seasons where she is head trainer for camps and clinics at the MAC. Alexis was an Outside Hitter at California State University, Northridge where she played 4 years and received a Bachelor Degree in Communications studies.

TBA
Alec Gilliland has over 10 years coaching experience for both club and high school programs. He has been with both Mizuno Long Beach and Team Rockstar for 8 seasons. He received Coach of the Year Honors for the 2018-2019 club season. As a high school coach, he led his Vista Mar and North High teams to several CIF championships. Alec has played volleyball at the recreational, club, and college levels. Alec is married to club administrator, Lindsey Lampert, and they have 3 kids, Jace (8), Max (5), and Jordan (2). Jace plays for our 11Mizuno team.

TBA
Fia is in his 7th year coaching at Mizuno. He is a passionate and great skills coach. His daughters, Adonia (16) and Maveti (9), play for Mizuno. Fia and his wife Ana also have a son, Matheus (1). 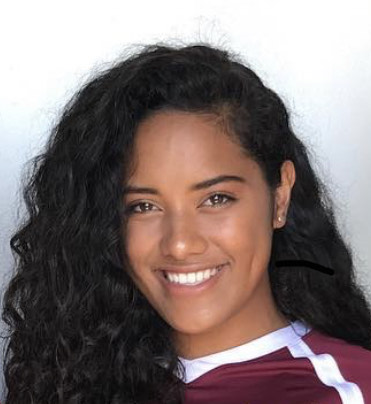 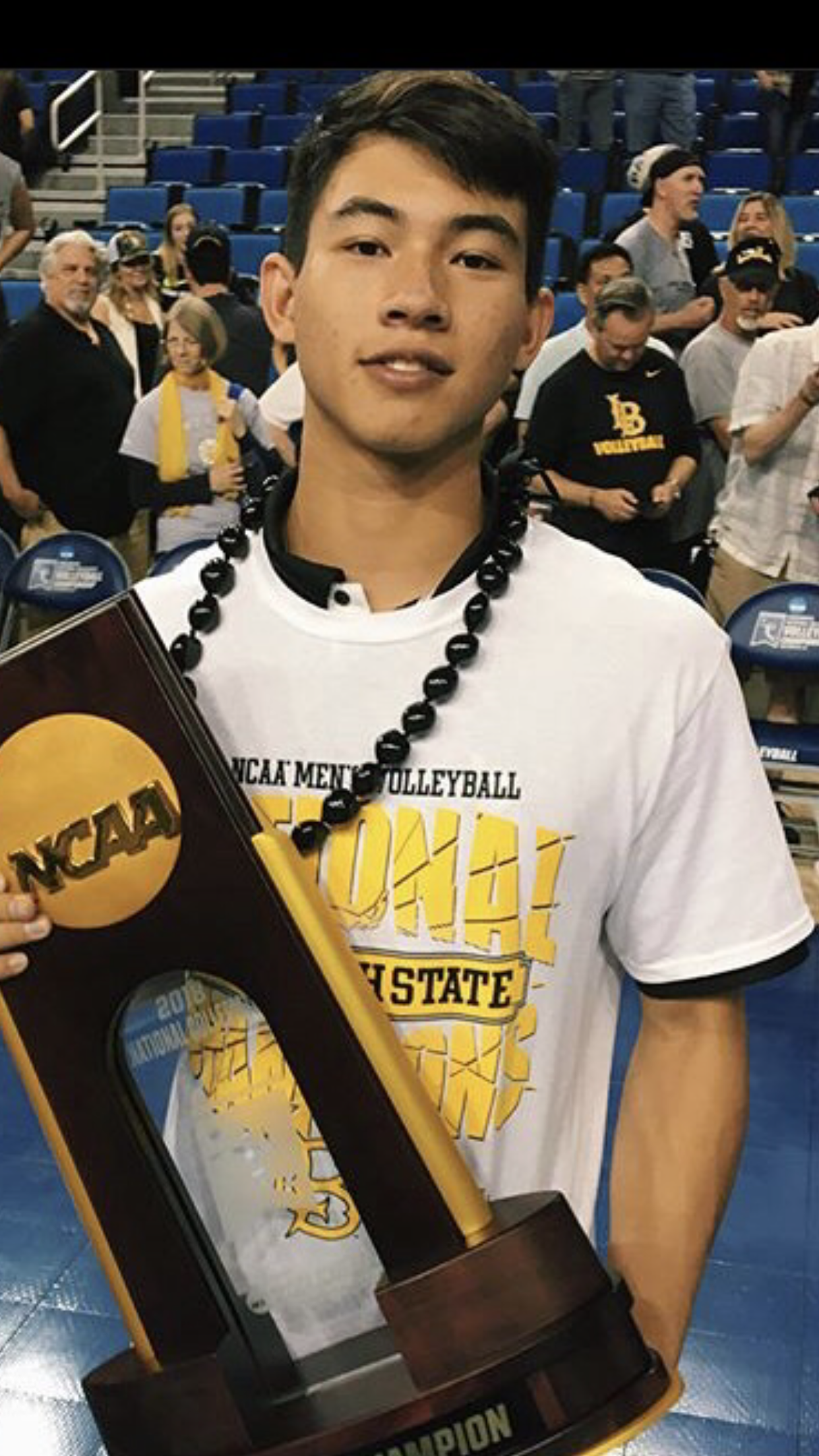 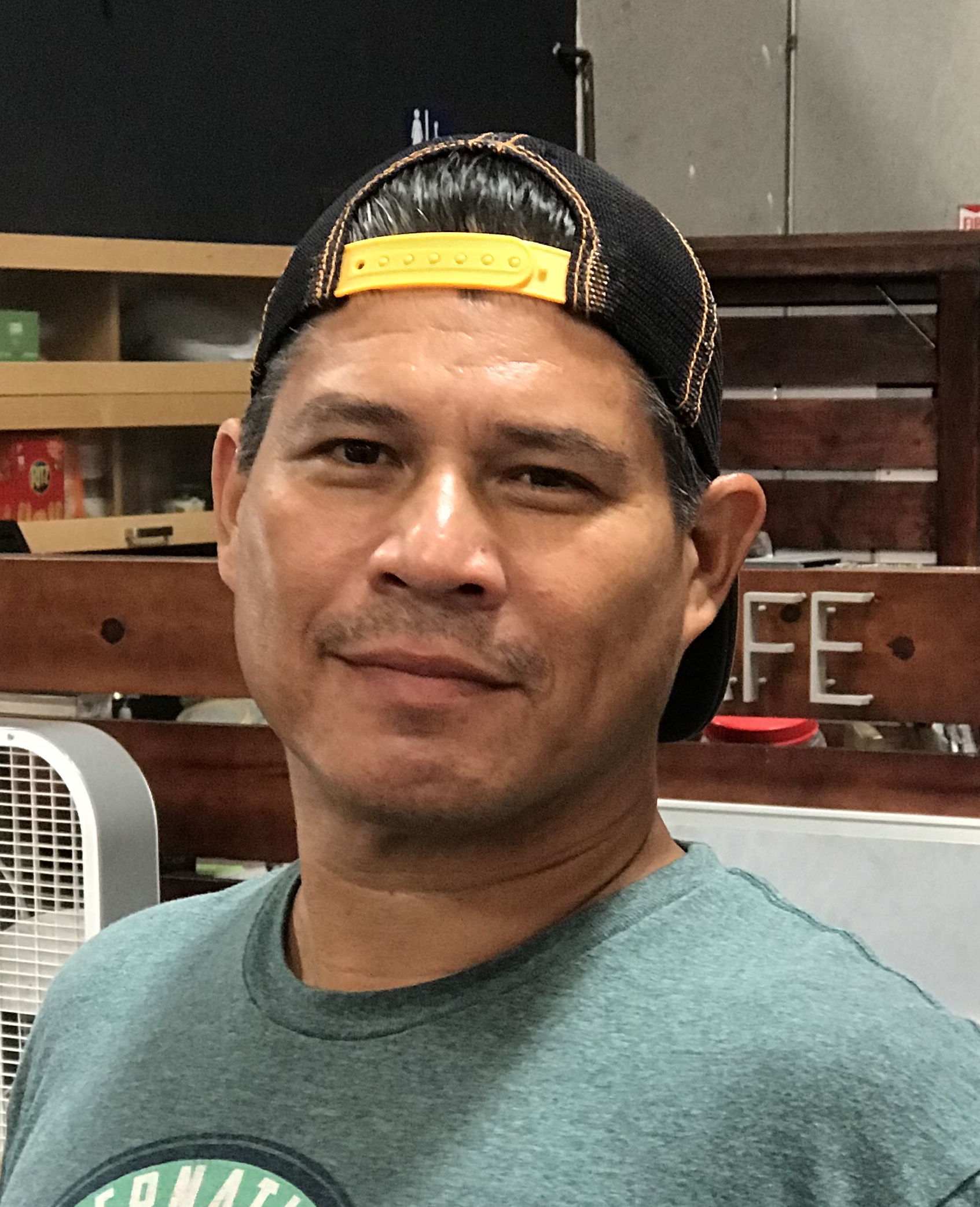 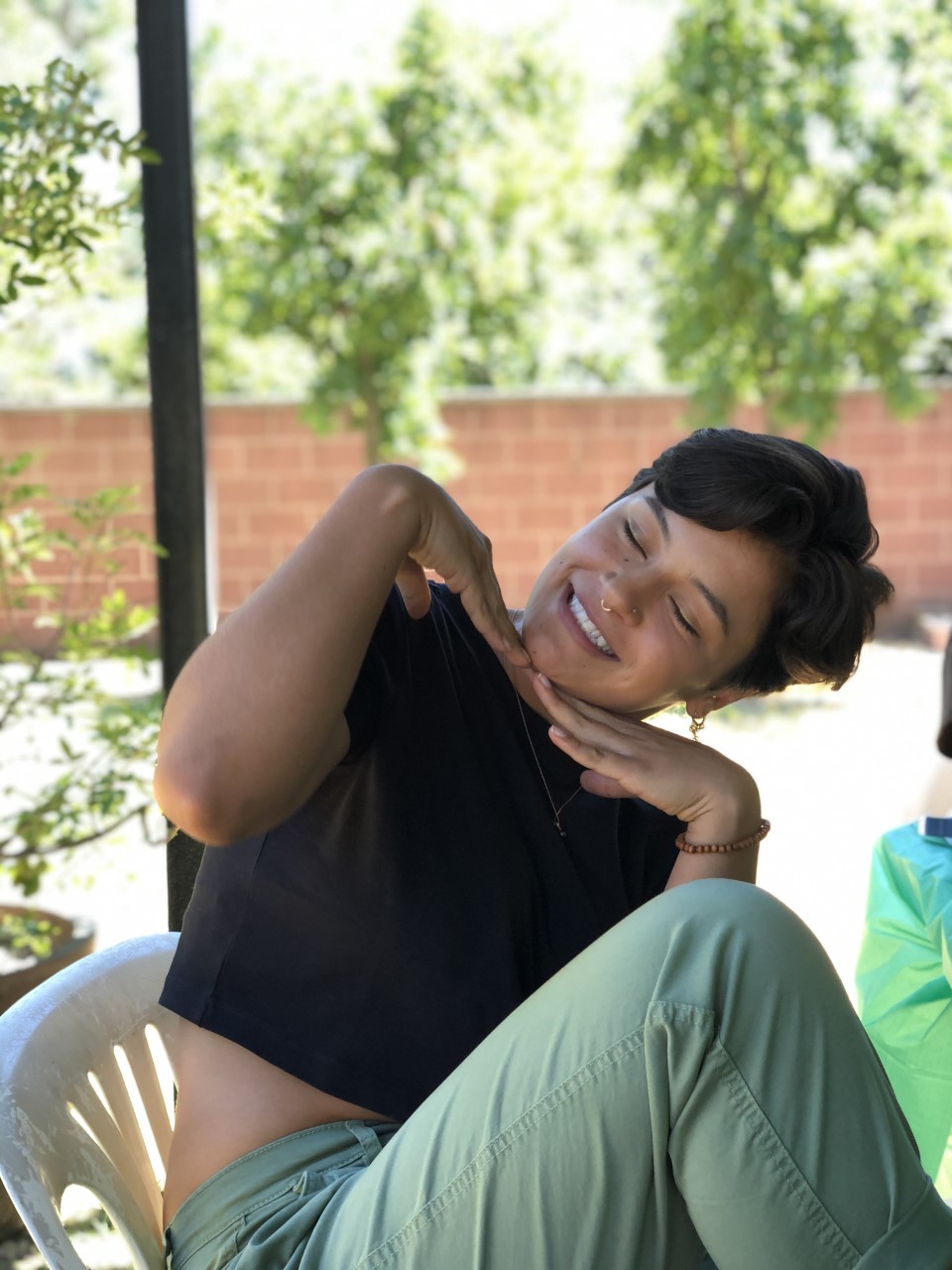 17 Rockstar A
Fayth is back for her 4th season coaching with Mizuno LB and has one National Championship with the club. Fayth is a mizuno alum and played here for entire club career. 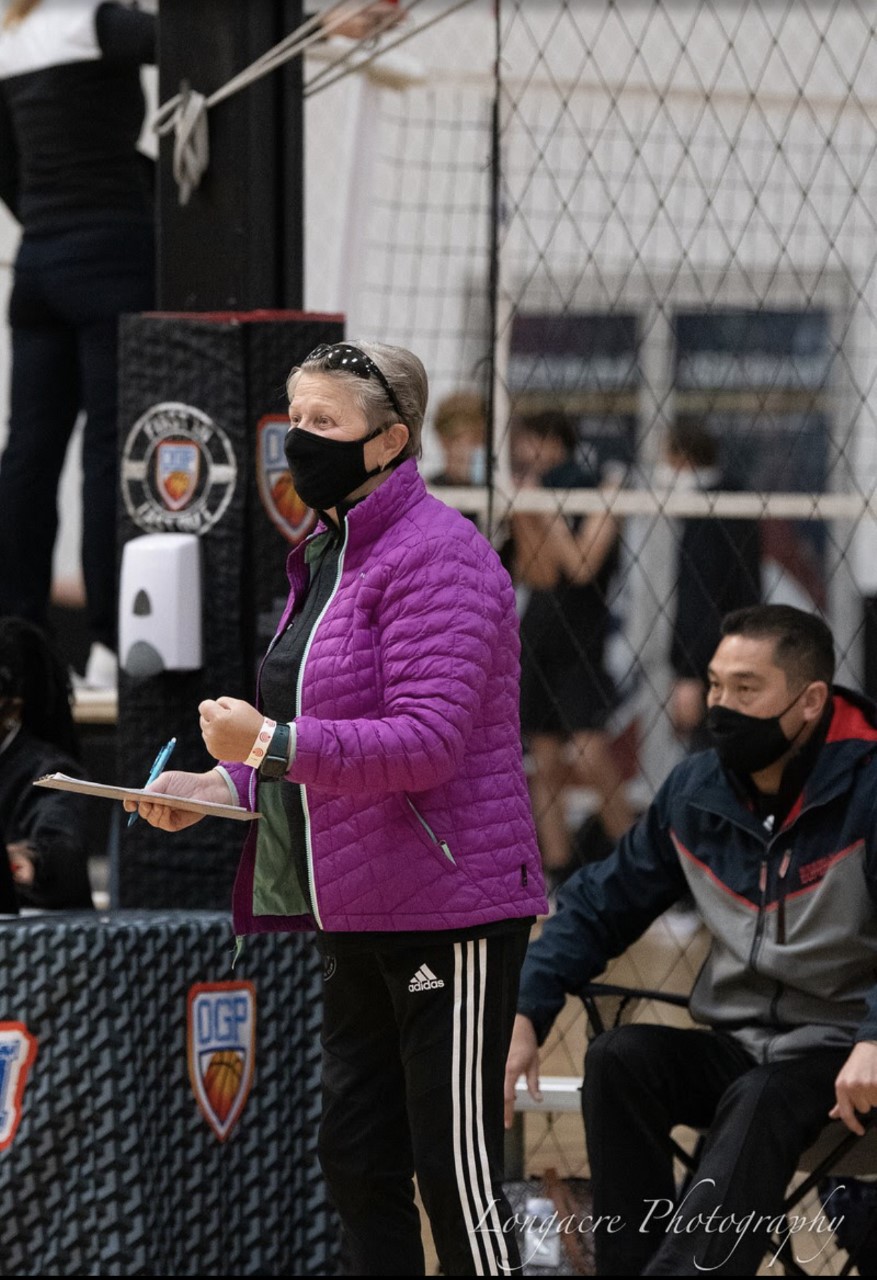 15 Mizuno
Irina Malysheva was born in 1953 in Buryatia in the family of a geologist and an artist. She has been engaged in volleyball since the age of 14 in high school. She graduated from the College of Physical Education and Sports with honors. As part of the national team of Kazakhstan became a bronze medalist of the student league. Since 1975 she worked as a coach at the children's sports school in Ekibastuz (Kazakhstan). Her teams became champions of the Pavlodar region in 1976, 1977 and 1978. Since 1981 she worked at the sports school in the city of Nizhny Tagil (Russia). At the same time studying at the Omsk State Institute of Physical Education and Sport. In 1987 she received the highest category of coach and confirmed it every 4 years with the Regional Category Commission.  Under Malysheva's leadership teams became more than 60 times Champions and medalists of the Sverdlovsk region from 1983 to 2016.  2000-2015 2-3 places in the Russian Workers' Championship. In 2011, her team won silver medals in the Russian League II Championship. Several of her students, as part of the Sverdlovsk regional team, were the winners of the Russian Championship. Five of its players were part of the youth team of Russia. Two students born in 2004 are currently on the national team. It should be noted that in Russia the coach works with players for 8-12 years from 6-8 years to 14-16. Malysheva Prepared players for professional teams of clubs «Uralochka» (Ekaterinburg), Spartak (Omsk), TTU (Leningrad), Indesit (Saratov). Several students play in the teams of Greece, Israel, Germany. In 2001 she defended her dissertation on mutual education in the process of learning the game of volleyball and received a Ph.D. in pedagogical sciences through the Moscow Academy of Sports. 2002-2016 she lectured on physical education at the Nizhny Tagil State Teachers' Institute. Awarded federal government awards in Russia: - "Excellence in Physical Culture and Sports Russia" – 1999; - "Honorary Worker of General Education Russia" – 2000; - Badge of honor "80th anniversary of the Ministry of Physical Culture, Sports and Tourism of the Sverdlovsk Region" – 2004; - The distinction "Sports prowess of the Sverdlovsk region" – 2015; In 2016, she moved to the United States with her daughter, who was invited to the Dickinson State University volleyball team, for which she played the 2004-2008 season and received 4 individual awards, including Bes All-Around-Player, Best Server. 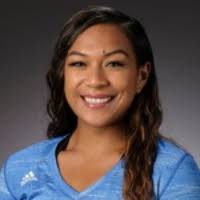 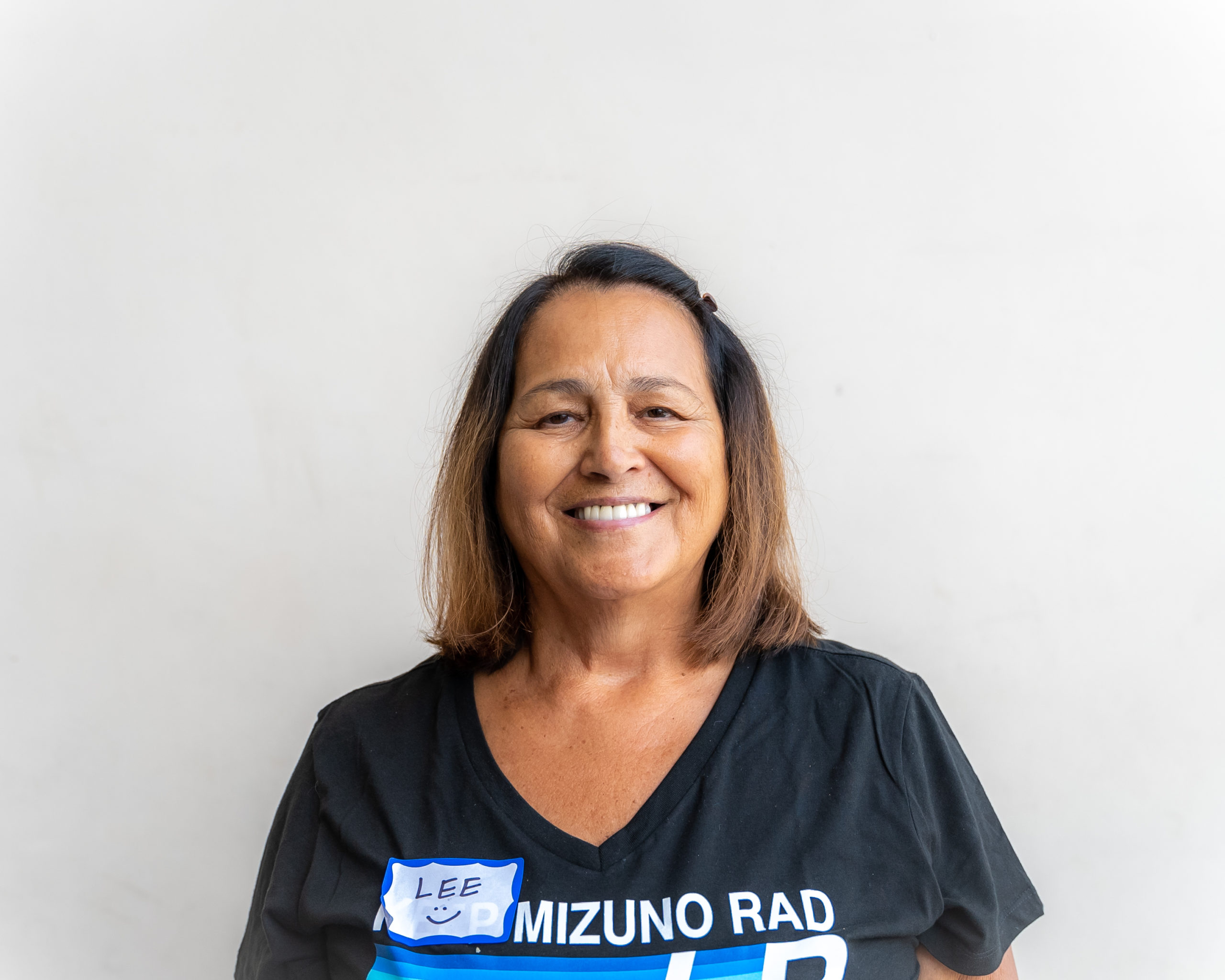 Head Administrator
Lee has been with the club for 27 years as a coach and administrator, and is one of our OGs. She played years ago as a setter and has coached at both club and high school levels for over 30 years. Before retiring a few years ago, Lee worked in GGUSD for 28 years in nurse’s office and ran the Girl’s and Boy’s volleyball programs at Garden Grove High School for 18 years. Lee has 2 sons and 8 grandkids. Saydee, her 11 year old granddaughter, plays for Mizuno. 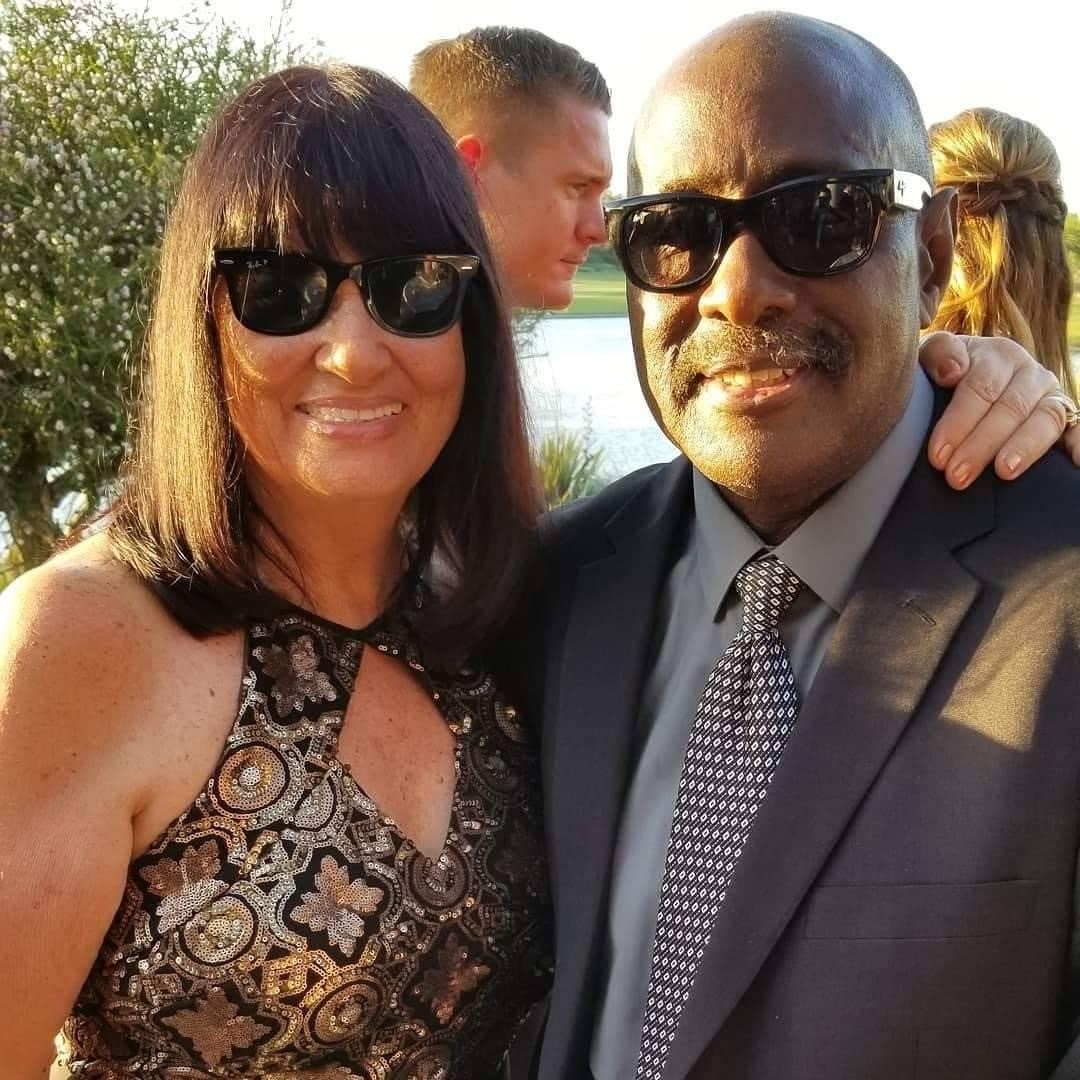 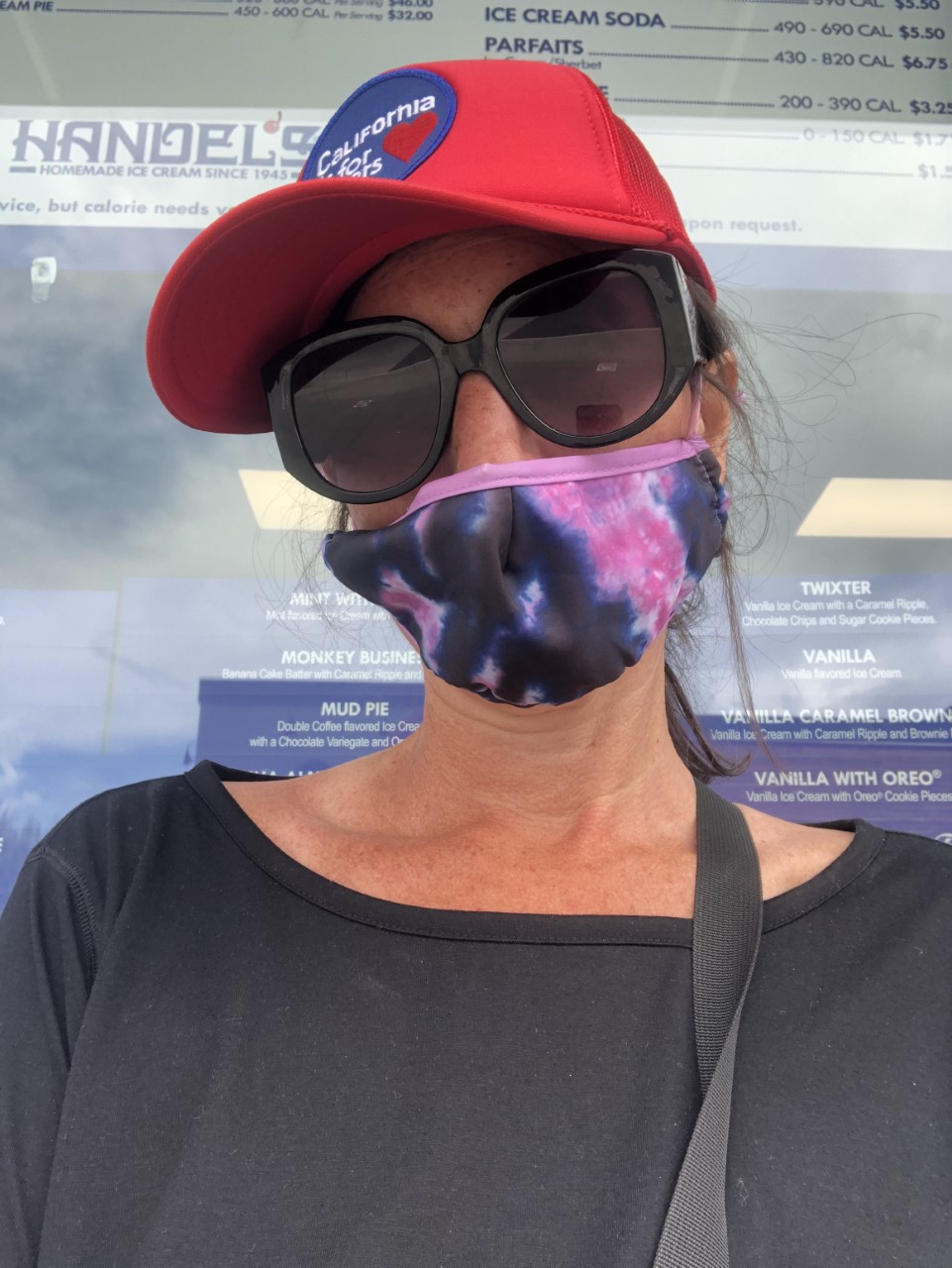